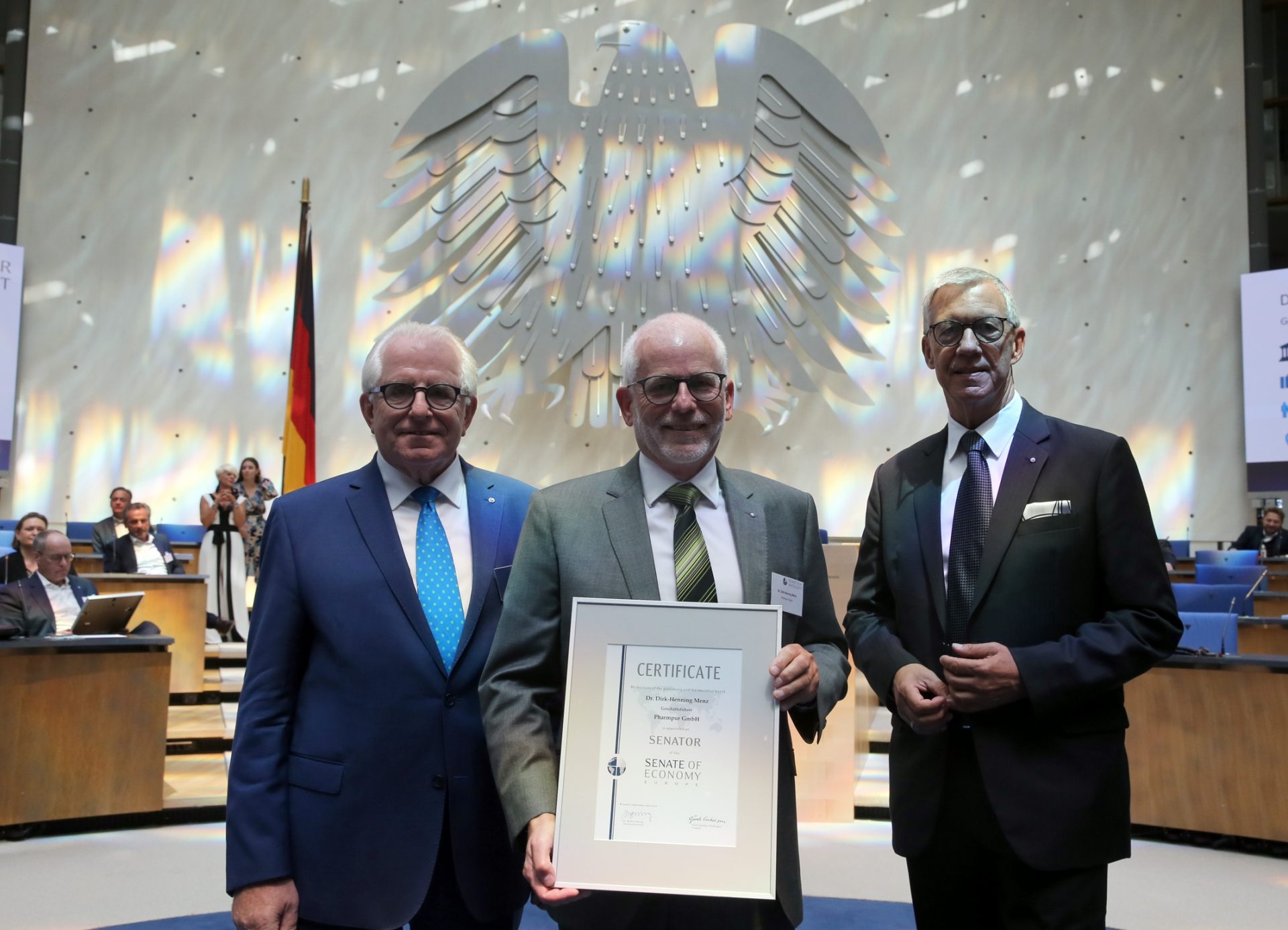 For many years the European Senate of the Economy has been campai­gning for economic and social interests in Europe. In the plenary hall of the old Bundestag in Bonn, Pharmpur managing director Dr. Dirk-Henning Menz received his certi­ficate as a new member of the Senate. The subse­quent panel discussion dealt with the topics “Practical perspec­tives from a company perspective” and “Chances for a sustainable economy through or despite Corona” – two topics that are also very important for Pharmpur in the current times. Dr. Menz will be active in the commis­sions for health, sustainable economy and education and research.

About the European Senate of the Economy