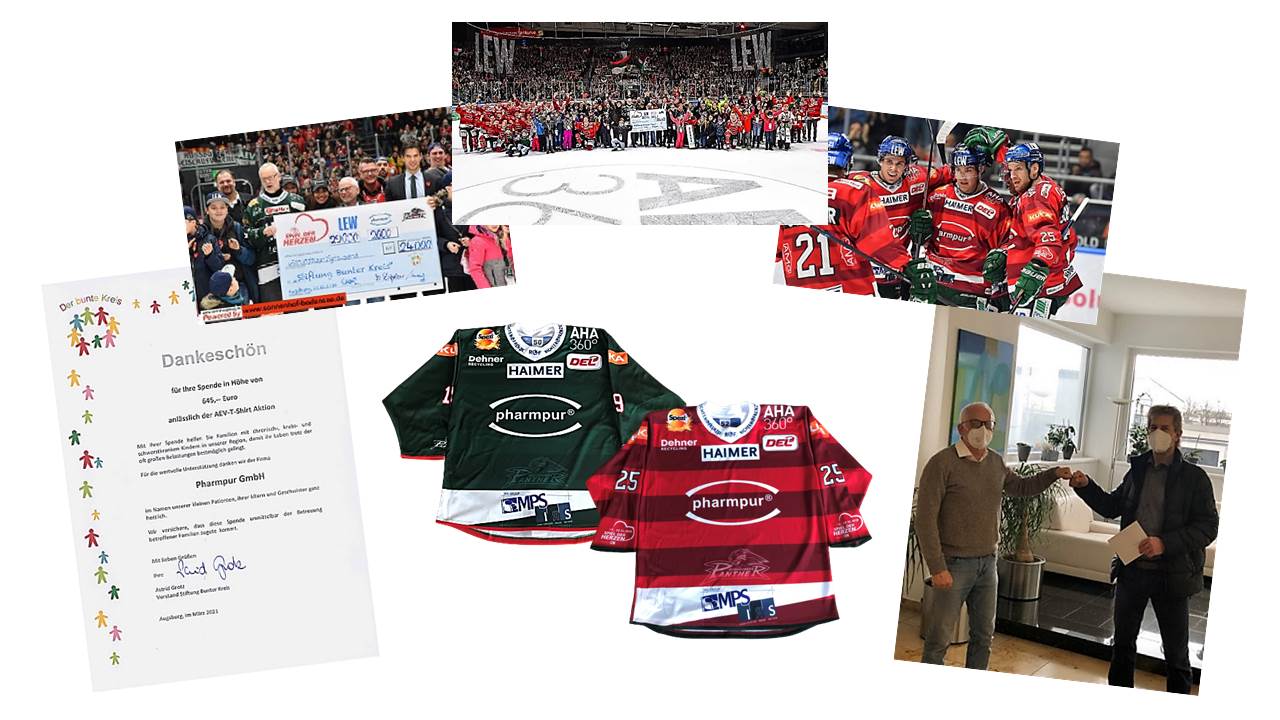 Help grows out of partnership

Pharmpur has continued to support the local ice hockey sport even under the difficult condi­tions of the Corona pandemic.

The EHC Königs­brunn (local ice hockey club) and the Augsburg Panthers (German Ice Hockey League, DEL) were already assured of support in autumn 2020, although at that point in time neither the amateur athletes nor the profes­sional league could be given a clear perspective for the game.

While the amateur athletes were initially able to start playing, the start of the DEL was delayed again and again.
Then the situation was reversed, the amateurs had to stop their actions, but the DEL dared to start a special season adapted to the pandemic. So far, the plan has worked, the league is approa­ching the play-off phase with great strides.

What one hardly dared to hope for at the turn of the year is now becoming reality: the Panthers are again wearing a jersey with the Pharmpur logo this season – against the Roosters from Iserlohn!

Even if the Pharmpur team can only follow the game via screens this year, the antici­pation is great, not least because a beautiful tradition will be continued.
In the past few years, after the end of the season, the Pharmpur jerseys were able to support donation campaigns:
for donations to chari­table organiz­a­tions there was one of the most coveted original jerseys as a thank-you note.

The jerseys from the 2019/20 season helped to collect € 1,290, which was shared equally with the “Bunter Kreis Foundation” (supporting families with criti­cally ill children) and Duanne Moeser’s organiz­ation “7 x Sieben” ( Support for young people from Augsburg).

This is how the partnership with the Augsburger Panthers helps social projects! Pharmpur is looking forward to the game and the conti­nuation of our jersey campaign!